Home » Blog » Links Between Smoking and Eye Disease: Another Reason to Quit Today

Links Between Smoking and Eye Disease: Another Reason to Quit Today 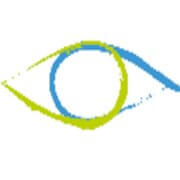 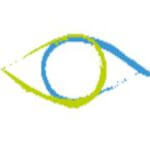 In an effort to keep our patients up to date on the latest research in eye health, South Georgia Eye Partners continues to share with you the latest news in vision research.  New studies published by the Surgeon General point to an even higher risk factor for eye disease in smokers than originally thought.

Since the first Surgeon General’s Report on Smoking and Health was issued in 1964, more than 20 million Americans have died from smoking-related complications. To mark observance of the occasion, the nation’s top public health office issued a 978-page report that, in part, gives teeth to optometrists’ warnings for ocular complications from cigarette smoking.

Long has optometry known that smoking not only exposes the eyes to major irritants in the form of noxious chemicals, but also correlates closely with the development of eye diseases, such as cataract and age-related macular degeneration (AMD). Public knowledge of the link, on the other hand, remains fairly limited.

Chemicals in cigarette smoke cause blood vessels to constrict, limiting blood flow and the amount of oxygen to the eye. Over time, cigarette smoke can damage ocular cells and prolonged exposure leaves little chance for the cells to heal, according to the surgeon general’s report.

Studies have estimated smokers at least double their risk of developing AMD, while also exacerbating the risk of cataract development.

The 50th anniversary Surgeon General’s report, The Health Consequences of Smoking: 50 Years of Progress, states findings since the 2004 Surgeon General’s report on smoking have strengthened evidence of a relationship between smoking and AMD. While smoking cessation appears to decrease AMD risk, it still remains higher than those who have never smoked, even decades after quitting.

The report states: “The role of smoking in causing advanced AMD, which results in loss of vision, is a significant public health concern and a major clinical issue in the United States … because smoking causes both nuclear cataracts and AMD, it is important for ophthalmologists, optometrists and other health care providers to assess and address the smoking status of their patients.”

South Georgia Eye Partners – with locations in Valdosta, Tifton & Douglas – specializes in LASIK and cataract surgery with premium lens implants, glaucoma diagnosis and treatment, comprehensive eye exams for adults and children and a Dry Eye Clinic. SGEP also has an Optical Shop fully stocked with designer frames and sunglasses to fit your style and personality.  To make an appointment with one of SGEP’s physicians or to find our locations and hours, click here.

Are you a candidate for Cataract Surgery?
Take our self-test.

Are you a candidate for LASIK?

Schedule an
Appointment
WARNING: Internet Explorer does not support modern web standards. This site may not function correctly on this browser and is best viewed on Chrome, Firefox or Edge browsers. Learn More.